Calling all emerging female filmmakers and up-and-coming female athletes, we are excited to launch our Shextreme Film School here! After you’ve made a killer film edit with heart, Shextreme also helps your film reach more audiences on our curated online film collection and on the big screen at Shextreme Film Festival: the world’s first film festival for women in extreme sports and adventure.

At this year’s festival, sports journalists and TV producers came on the look out for new talent and world-leading athletes and award-winning filmmakers came in search of creative collaborations, support and inspiration. Here’s a cheeky glimpse from last year’s festival fun. Join our newsletter for hot-off-the-press submission dates for this year’s Shextreme Film Festival coming up on 5-6 October, 2017. 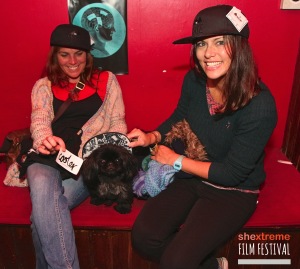 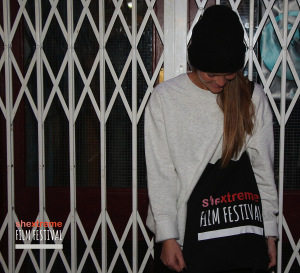 Shextreme is the kind of woman who does not choose between being feminine or being powerful. Rather she is both; she is smart enough to understand all her strength lies in being a woman in the extreme sports and adventure worlds. She gracefully smiles in the face of adversity, wears whatever the hell she likes and has just enough time to slick on some red lip balm if she so chooses before picking up her camera kit and hitting the slopes, surf and skate parks in serious style. 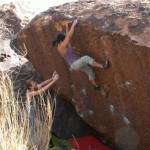 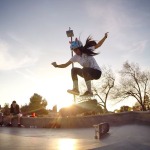 Sound artist, filmmaker and extreme sports enthusiast Ruth Farrar decided to be the change she wants to see. So she created Europe’s first film community for women in extreme sports and adventure.

Here at shextreme.tv, we hope making, watching and sharing these films will inspire more women to excel and enjoy receiving the credit they deserve in extreme sports. Always happy to expand our tribe of fearless female filmmakers and awesome adventurers. Drop us a line and say hello.